>Lately there has been a lot of activity in the KDE Forums IRC channel, #kde-forum on freenode. neverendingo, one of the forum admins, also said something interesting this evening:

Now you might wonder, what has bubbles to do with the forum? Unfortunately I can’t give you an answer, but it seems to be related to this picture that has been floating around: 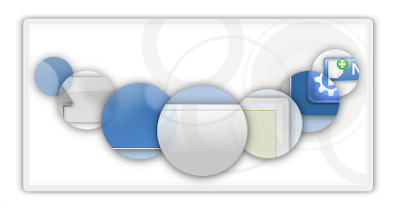 One thing is for sure though: we will find out more in the not-so-distant future.

>The forum is now nearly one year old. And after some discussions in the team (and the not so far away release of KDE 4.3) we decided to do some major changes. The most obvious one will be a layout change. The old one served us very well, right, but as time goes, i would like to have a new one. And along with the really great looking AIR theme from the oxygen team i invested some time to do a new design. I can’t post screenshots yet, as i have no internet connection (at an internet cafe right now) but these will follow soon. Just stay tuned 😉

Right after our major upgrade we want to introduce the “KDE Forums house kleaning day”. This will also happen shortly before the 4.3 release in July.

What does this mean?
We invite every user of the forums to discuss with us
– The forum structure
Maybe you are not sure if the structure of the forum is really good enough. Suggest something else.
– Unanswered posts
Yes, unfortunately there are still posts that weren’t answered. And we’d like to have an answer on nearly every question. So this is your chance to get involved and help people with their problems. The “Solved” button is there for a reason 😉 .
– Topics not in the right place/already solved etc
Sometimes it happens that topics land in the wrong place. This is no big problem, but to give new users the chance to find what they need we should have them in the right place. Find these topics and give us a hint to where they should belong. Also, some topics could already be solved but aren’t marked as such. Tell us. Same for the brainstorm area. Maybe some of the items are already in bugzilla, or already implemented.

The day in question will be shortly before the 4.3 release and we will announce it in time to give everybody the chance to get involved. Discussion can take part in the “Feedback” area, and also in our irc team channel at freenode, #kde-forum.

So for everybody who would like to give a helping hand, join us.

By continuing to use the site, you agree to the use of cookies. more information